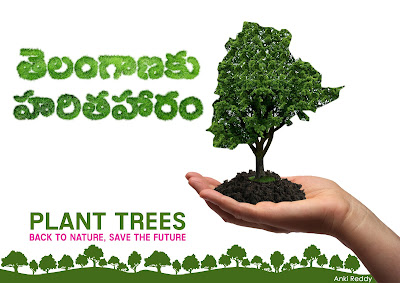 A purpose of Haritha Haram: It protects the nature by various trees and planting the tree by Telangana people, every person – each tree should be planted and secure it.

Results from Haritha Haram: In two phase of Haritha Haram, there are 20% trees are increased in TS state and it secured by people on every day. ( telanganaku haritha haram)

Why Karim Nagar: As we know that Karimnagar selected for next smart city of India, which have a top rates trees and best atmosphere for the firm and other industry oriented whether.

This site uses Akismet to reduce spam. Learn how your comment data is processed.